A downloadable game for Windows, macOS, and Linux

My name is Ezekiel and I am developer of this game.

Ok, ok... my name is not Ezekiel but it's probably easier for you to pronounce it then to say my real name.... which is Hrvoje... so there, you dragged that out of me... I'm so weak... so unlike Jessie.

I will now introduce you to this fantastic game!

Jessie Kicks Ass – Grandma and the Gremlins is a Point & click adventure game with RPG elements.

Our hero is called by her grandma for some help – apparently gangs have infested the town and area where grandma lives!

What happened there? Will our hero prevail? What about the gremlins? So many questions!

(Btw Nope, you don't need to read all this. Check the main game features at the first image on this site)

Jessie Kicks Ass – Grandma and the Gremlins is a short pilot episode of what I hope will become extremely successful game series.

Main character is Jessie and Jessie is cool and sexy and likes to kicks ass. Yes, you are right - this sounds too good to be true!

But wait a second, there is more.  On a compact scale in this pilot episode you will taste all the magnificent features game series itself will have!

Jessie is able to investigate various locations, talk to... colorful characters, but also she kicks some serious ass during the battles! And by ass I don't mean donkey, if you catch my drift? And by drift I don't mean drift... if you know what I mean? So, don't catch that drift for your own sake!

You like to use kick ass moves in battles? Like Jab, Hook or Uppercut? No? Though luck because Jessie does!

But no, fight isn't complicated. Jessie doesn't like to complicate things. She just likes to beat the crap out of people/gremlins that deserve it! And who doesn't deserve it...  At least once in their life?

There are three difficulty levels. Of course, Jessie would use Kick Ass difficulty. But if you are like me, you will be too scared for that.

Jessie is an achiever, so yes... there are some sweet achievements in this game!

In the pilot episode Jessie will solve the mystery behind the "Gremlins" stated in the episode title. But I must admit, she won't be impressed... then again she can't be impressed easily... and that's impressive don't you think?

To get a better feel for the game please try a short DEMO!

I should mention the most important thing – Jessie is very sarcastic and... Jessie swears. She swears a lot! Be ready for some foul language boys and girls. Actually this game is not for boys and girls. Boys and girls shouldn't play it!

No seriously, if you are easily offended don't play this game!

And when I'm writing this I just can't not (yes, I can't not!) to think about all the poor people who are constantly offended by everything, but are still brave enough to play games that will (and they know that) offend them! It's so sad. I feel for those people. So if you are like that and you just have an insatiable urge to get offended – play this game! Play it like it's the last game of your life! I won't be offended!

And now for something completely different...

Don't listen to me what I have to say about this game. Read some comments!

For your enjoyment I've made a lot of FAKE comments! These comments are made so you don't need to!

Fake comments will cover thoughts on this game by wide variety of fake individuals and if you can't find any of those to fit your personal thoughts on the game... well that means you are SPECIAL... and that's ok!

Everyone's special these days, and that makes us all average... in our special way. Which is cool I guess...

Actually I don't know what I'm talking about. I just wanted to say - don't bother writing comments, I did it for you. I like to please the customers.

Let's start with bad but short comments, shall we?

This game is made using RPG maker! I hate RPG maker!

I am Jessie and I am offended by this game!

I am grandma and I am offended by this game!

I am gremlin and I am offended by this game!

And throw a few good ones...

I was pleased with the way game is using political situation in the world today to make a strong statement against the oppression and lack of understanding between people of various cultures and religions! Well done!

I really tried to like this game... but I don't. It's a shame because game almost had some potential... but it didn't.

I usually don't write comments... but I do.

So I would like to recommend this game... but I won't!

This game is not worth the money! Don't buy it!

No hint no buy!

I can't tolerate this game!

This developer made a great game. He is always excellent in everything he does, but this is the best thing yet!  Also he is very nice and caring. And he bathes regularly and doesn't talk to strangers... so I recommend this game to every mother... and everyone else... And I'm objective about it! It's true!

How can someone make a game using third party engine and third party assets and expect I'll pay for it???

Developers think their time and effort mean something to me! IT DOESN'T, YOU LOSERS!

You need to spend millions of dollars and working hours and still you'll be lucky if I don't s#eeT on what you do! You all are nothing to me! NOTHING!

I now eat burger ten times more expensive then this game is and I still wouldn't buy this game! And you know what? I'll eat ten burgers more, and there is nothing you can do about it! You developers are all slaves to me! Incompetent losers!

This game really made me rethink my ways. Game is so deep in its apparent shallowness, so broad in its obvious narrowness, so beautiful in its clear repulsiveness...

After playing this game I've decided to be a better person! I'll change the country I live (and rule) in to the better... release political prisoners, give people food and water, dismiss the army, disarm nuclear warheads and stop selling drugs to CIA front companies...

I will make this world a better place!

Play this game and you too will become a better person!

Since I'm not planning to bribe any of the respectable portals or game critics I've made this small trailer containing totally FAKE game reviews!

Does it matter if those are fake? I reckon not... why would it matter? Who can you believe these days anyway?

So there you have it!

If you like this game, please support it. Recommend it to you friends, your president, your mama, rob a bank and send me the money (yes I'm kidding, I'm not calling for others to rob...  damn, you just can't joke freely any more... I hate auto censorship) and hopefully there will be a series starring Jessie!

My long term goal (and I'm totally convicted it is achievable) is to became filthy rich so I can help to the hungry and the poor all over the world.... like rich and famous people do.  You know, organize fundraisings and collect other people's money in my name so I can look like a Good Samaritan.

(Yes, yes, I'm kidding, this also is not the truth... I just want to be filthy rich... curse you auto censorship!)

Game can be played on Windows PC (Win 7 and above), Linux PC or Mac.

If you actually play other games on your platform Jessie will work.

And yes, I almost forgot – if something terrible happen while you play this game I AM NOT RESPONSIBLE!

Just wanted to make that clear...

In order to download this game you must purchase it at or above the minimum price of $1 USD. You will get access to the following files:

I hope I will... in the meantime I was working on another project, learned Unity, C# and stuff.

Jessie is a pet project and it's difficult to find time for it. :-/

But I hope work will start soon on a bigger and greater game featuring Jessie. It's time for exclusive information about the game and game (wip) name is: Jessie Kicks Ass and the Island of Zoo! ;)

Probably the biggest masterpiece mankind produced. This piece of art makes it clear it was definitely worth exiting caves and building a civilization. In 3000 years when nothing is left of the human race and aliens visit Earth, I hope this monument will still stand tall and represent us in all our former glory.

Thank you kind sir! You are a true gentleman and a lady too!

I tried to put it as eloquently as you did, but I failed! So thank you again!

Oh my god, it is such   a good game despite the crappy RPG maker. Well Done!

That's a terrible thing to say :( 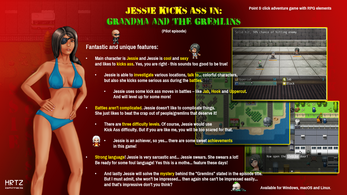 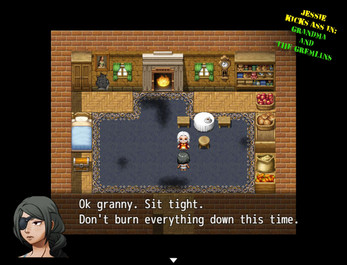 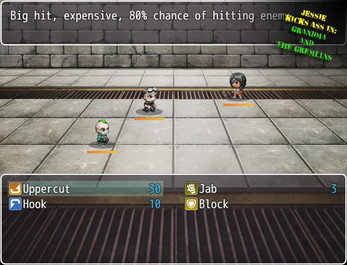 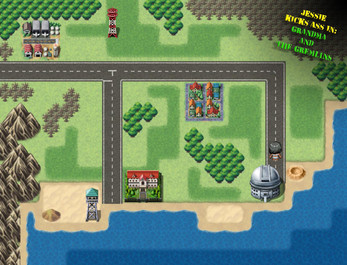 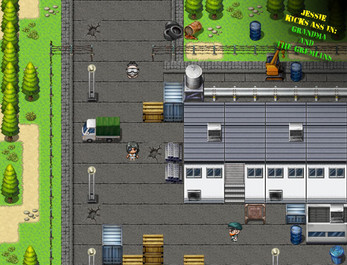 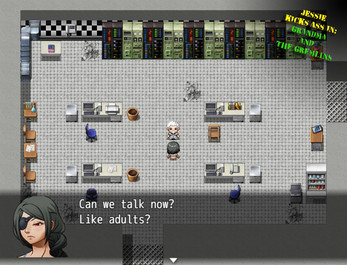 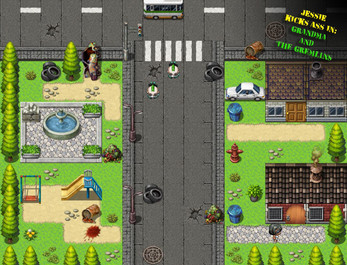 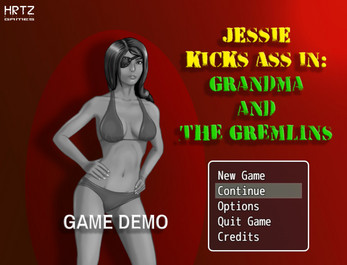