Yes, I'm still here! Stories about my death were greatly exaggerated... and malicious, if I may say so myself.

Personal update - I finally got (almost) all the money people owed me and I bought a new computer. I'm also working full time so I don't have a lot of time for Jessie. But I made great progress on the project during the last few months!

Interesting fact - our publisher (game is Alicia Griffith: Lakeside Murder and publisher is/was Libredia Gmbh) disappeared from the face of the Earth owing us money.

Sefan Layer was the guy signing a contract with us, but in the last year and a half he avoided all responsibilities regarding not paying us our cut - he said it was "the other guy's fault".

Stefan is still in the publishing business so watch yourselves!

I was thinking about suing them in Germany but it would cost me more than they owe us (and they obviously counted on that) so I decided not to.

It would be easier to visit Stefan. Maybe he's for a game of baseball? I don't play it but I sure can swing a bat!

I think I could hit something... and it would make me feel better for sure!

Never the less, here I am - still in the game industry... Trying to survive against all odds...

Let's get back to Jessie - and she would kick Stefan's cheating ass - Jessie is running around the mockup JKA2 game talking with NPCs!

Yes indeed! I've made skeleton of entire game, added all mockup scenes and imported all dialogues. I've also made small parser to help me with this. I've made it quickly using Unity. It converts csv files that hold text information (string name, character icon information and dialogue text) into dialogue files and event codes that I paste into json map data file. This quickened the process a lot since I had bunch of dialogues to import.

There are still a lot of Jessie's comments to import into game... 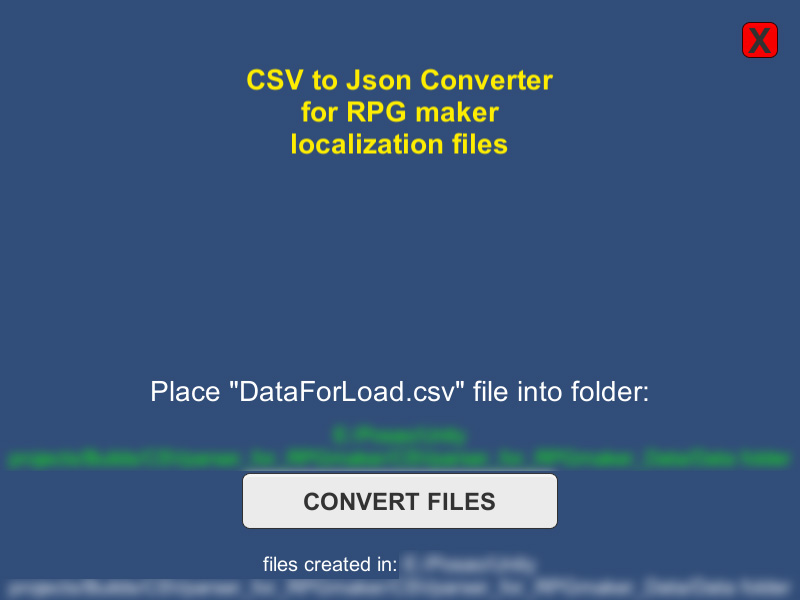 Really cool plugin, and it will be great too if I ever make texts in other languages.

I've also tested many new plugins. Hopefully JKA2 will end up being one professional looking game, but there are a lot of elements that need to fall into place for that. It's just a lot of work.

My decision for JKA2 is to be in 1248 x 720 resolution. It needs to be power of 48 because of the tile size and this is closest to 16:9 aspect without making game elements being too small if played in full screen.

Changing all this would make plenty of other issues to pop up eventually and I'm really willing to finish this game so I don't want to create more unexpected problems.

Talking about unexpected problems - testing and deciding what plugins would be the best makes quite a few of those.

I hope I resolved most compatibility issues. There are still few that piss me off, but I think those are related with the fact that I use Steam version of RPG maker so local and global paths and settings are not working "always".

There are some others (technical plugins) and the ones I already used in JKA, as mentioned.

I would like the make most of the art from scratch (character icons and sheets, animations, scenes, item icons, UI), but it all depends on time and money.

In case I won't be able to do it all I'll still finish the game and made "cheaper" version using RPG maker character sprites and elements.

Maybe I'm emotional and subjective but I really think this game will be a lot of fun and I'll do my best to release it... even in the cheaper state.