Yeah, it's a demo alright... if you are the one to believe in a screenshot...

What have I done?

OMG! What have I DOOONE?

I've made a working demo - that's what I have done! In a world plagued by viruses, antivaxxers, flatearthers, controlling chips and uneducated know-it-alls... I made a game demo!

Why I should have bothered? - You ask yourself, oh my beloved reader.

Why? What's the point?

I can only say one thing to that - what's the triangle?

Or two things - what's the square?

I know what you would tell me to that - a square is a body margined by four connected lines... And I would say to that - point is just a spot. And you would say - no, it's not!

And we would argue on and on...

Talking about arguing - here is Mario, a tourist guide.

I call this demo (lovingly) JKA2_Light - because it uses RPG maker default graphics.

Heavy version of the game will be made only if I was to make all the graphics from scratch. I'm still hoping this could be done, but I'm aware of a fact that it's not very likely.

Game can be played and finished from start to the end. I've tested this and I'll test it some more before sending it to testers.

If you think this doesn’t sound reasonable you are wrong because there could be still some small easily fixable errors and since it's difficult to force friends to play the game often I need to be sure there won't be any of that. They will probably play this demo just a few times (if I was lucky).

Point of this demo is to check if there are any logical or game braking bugs still left in the game.

I know the game flow too well and probably won't find any of those bugs easily - for example there could be a bug where player goes to a location and do something that will lock the gameplay on the other place. There are a lot of interactions and as the gameplay progresses more and more locations are being open making this game breaking issues more likely.

Also to make the game in this graphically early stage more interesting and involving I decide to add many "small things".

So all cutscenes (I call a cutscene any animation involving character or item movements) are done to some extent - they are sometimes just characters turning during dialogues, but also complicated movements between maps.

Since I still hope I'll change the graphics it would be useless to make a lot of placeholder graphics now so I've used RPG maker graphics for icons, sprites and similar stuff. For example most of the animals are chickens.

On the other hand I wanted to make this demo more involving for the testers so for the most game characters I've made placeholder character sprites using RPG maker's character creator. 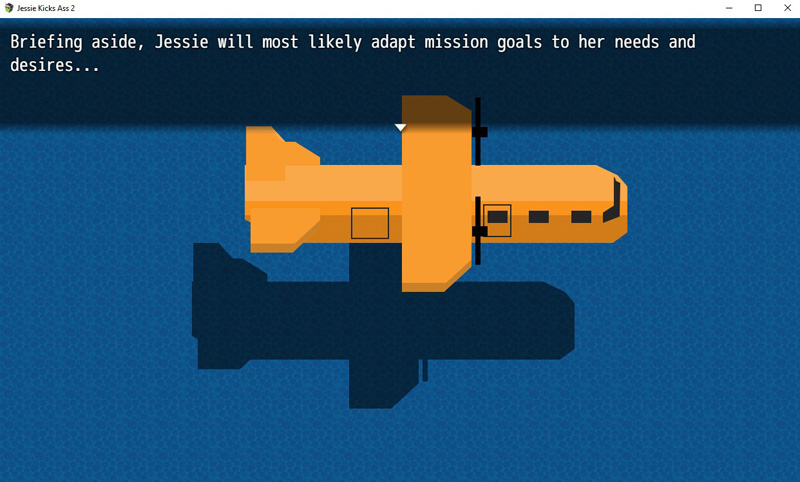 Yes indeed, although it's a placeholder this plane is moving... wow!

In the final game player will be able to combine items, but this is something I would need to do by myself it seems. And since I want to change most of the interface I won't do it before that. I have now created automatic item combine feature - when character collects certain item and has the other one in the inventory they will be combined and new item will be given to the player. 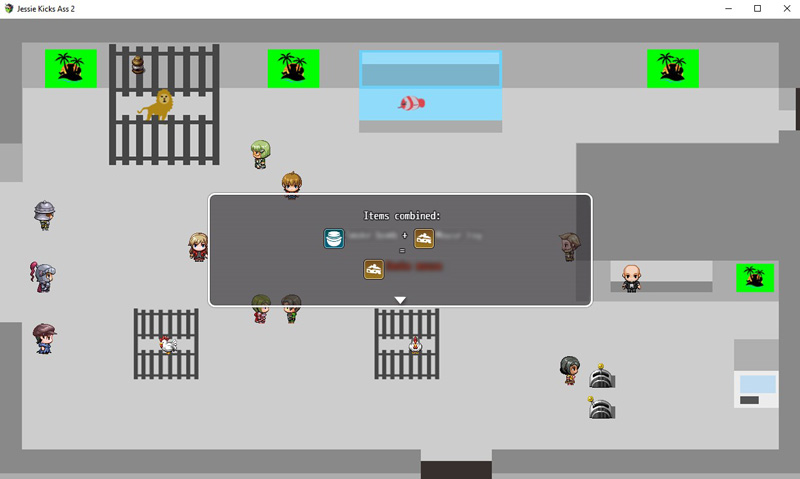 Testers now won't have to use inventory. Everything is automatic.

Depending on the feedback from the testers I'll decide if I should left item interaction automatic or not. I was certain of making it automatic but it maybe makes the game too easy.

In this demo there are no Boss fights, random encounter fights on the map and no minigames. 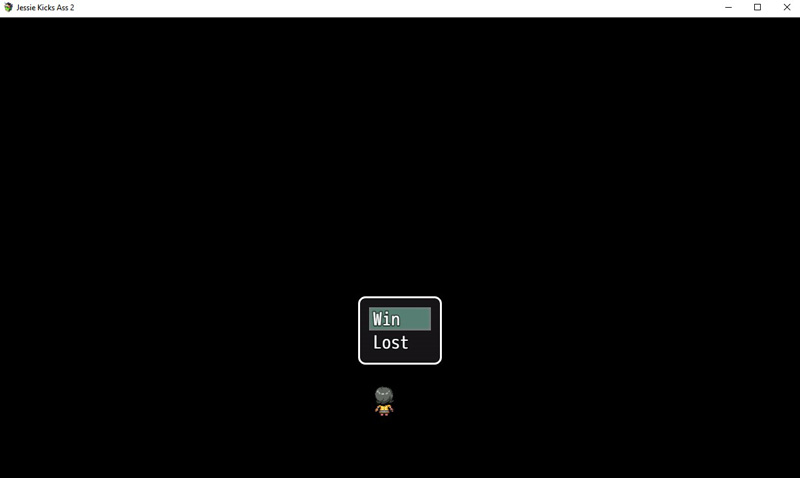 I've added the ability for Jessie to change clothes. This proved to be more difficult than expected. In the gameplay Jessie will need to change the clothes to access an area. I wanted for this change to be visible not only on game scenes but also on character face icons.

I've tried multiple approaches which should have been simpler. The most promising one was when I created more Jessie characters and then added/removed them from a party depending on a cloth she's got.  This changes face icon but it forgets about the second index, and second index shows which face from atlas map is used. I want to use different faces for different dialogue lines - depending on the character mood - so this didn't work...

At the end I made it work by using a special variable that keeps track of cloth index. This variable changes first number in the character face index. I parsed thru all the map files and changed this part of information in Jessie's dialogues. Hopefully there will be no bugs. 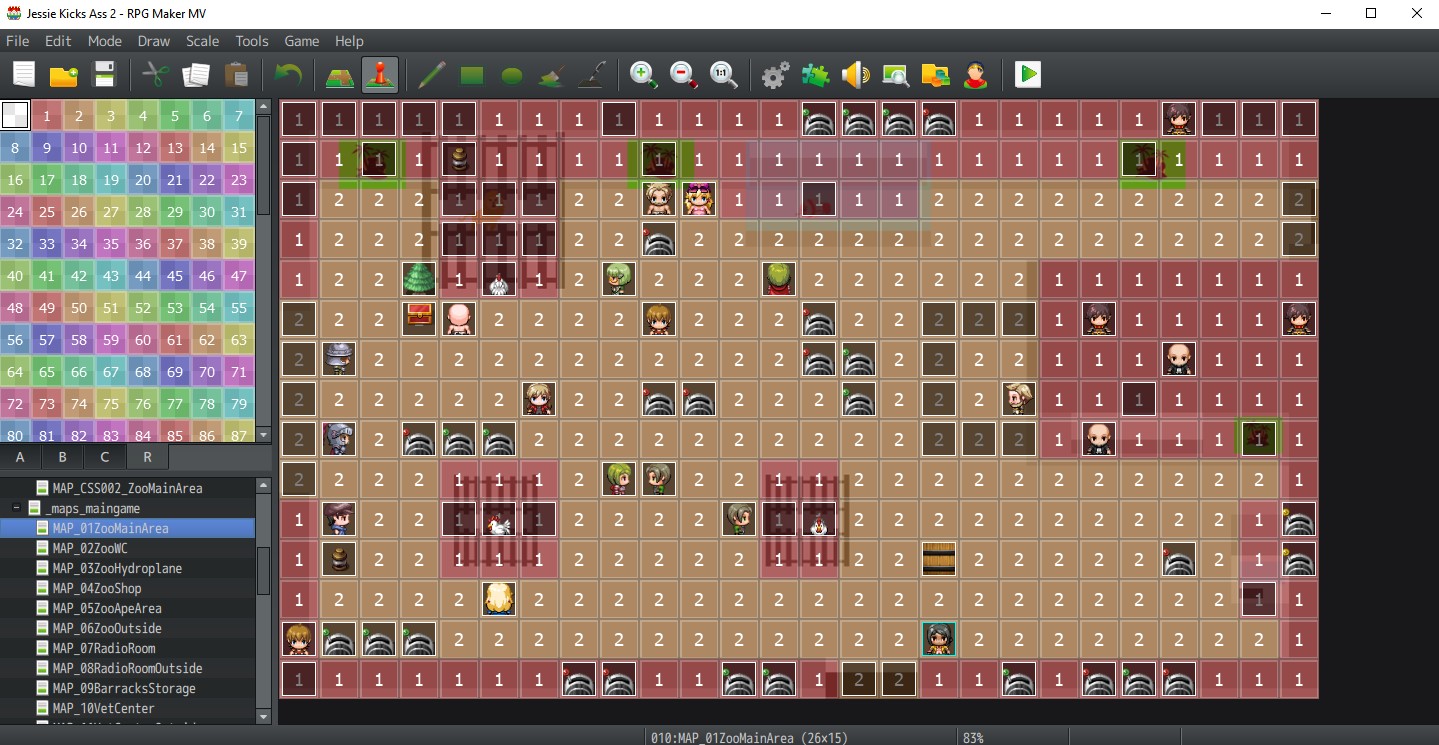 This scene is really eventful... with so many events on it. Oh I'm so funny! I could just cry!

Depending on the feedback I'll see about the future priorities. Maybe I'll try to make a short demo with new graphics on first few scenes.

Or I'll improve on things here... work on inventory combiner feature for example.

Or maybe they'll tell me the game sucks and I'll have to ki... kiss them for their effort! 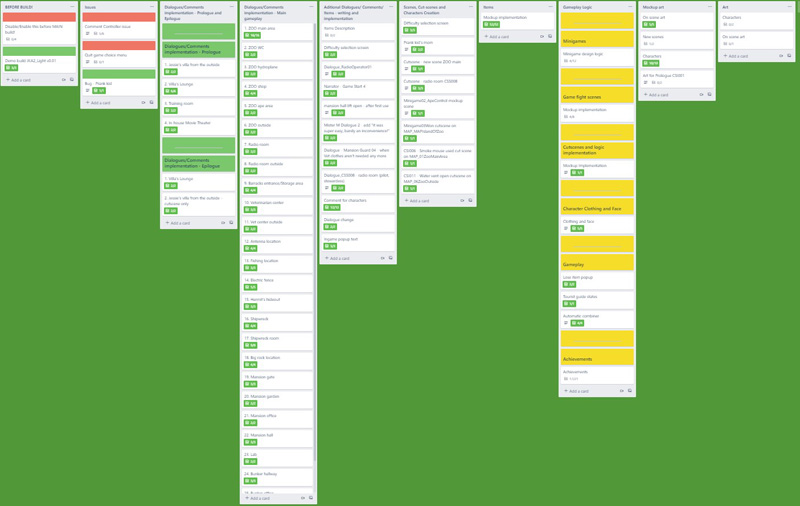 That's all for now, stay safe, stay tuned... and kick some ass!

I finally remembered to change this into Game Development State Report...